Example: Ben, age 51, earned $50,000 in W-2 wages from his S Corporation in 2013. He deferred $17,500 in regular elective deferrals plus $5,500 in catch-up contributions to the 401(k) plan. His business contributed 25% of his compensation to the plan, $12,500. Total contributions to the plan for 2013 were $35,500. This is the maximum that can be contributed to the plan for Ben for 2013.
A business owner who is also employed by a second company and participating in its 401(k) plan should bear in mind that the limits on elective deferrals are by person, not by plan.
Contribution Limits for Self-Employed Individuals
You must make a special computation to figure the maximum amount of elective deferrals and nonelective contributions you can make for yourself. When figuring the contribution, compensation is your “earned income,” which is defined as net earnings from self-employment after deducting both:
Use the rate table or worksheets in Chapter 5 of IRS Publication 560, “Retirement Plans for Small Business,” for figuring your allowable contribution rate and tax deduction for your 401(k) plan contributions.
Testing in a one-participant 401(k) plan
A business owner with no common-law employees does not need to perform nondiscrimination testing for the plan, since there are no employees who could have received disparate benefits.
The no-testing advantage vanishes if the employer hires employees. No matter what the 401(k) plan is called by a plan provider, it must meet the rules of the Internal Revenue Code. If employees are hired and they meet the eligibility requirements of the plan and the Code, they must be included in the plan and their elective deferrals will be subject to nondiscrimination testing (unless the 401(k) plan is a safe harbor plan or other plan exempt from testing). 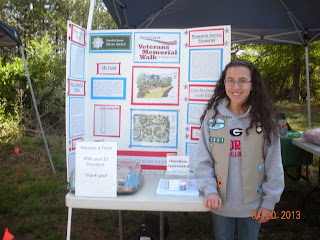 Posted by Unknown at 5:06 AM No comments:

Bartering and trading? Each transaction is taxable to both parties

Bartering and trading? Each transaction is taxable to both parties Sometimes, when the right opportunity presents itself, you may be able to pay for goods and services that you need or want by trading goods that you own, or providing a service that you can perform in return. An example of this is if you own a lawn maintenance company and receive legal services from an attorney and pay for those services by providing an agreed upon amount of mowing and maintenance services at the attorney’s home or place of business. In this scenario, the fair market value of the legal services provided is taxable to you as the lawn maintenance company owner. At the same time, the fair market value of the lawn and maintenance services you provide is taxable to the attorney or his firm. This type of transaction — bartering or trading — can prove to be useful when cash-flow problems would otherwise prevent you from securing needed goods or services. And, while there is no exchange of cash or credit, the fair market value of the goods or services that were exchanged is taxable to both parties and must be claimed as other income on an individual or business income tax return. Remember, just like payments made with money, if a business makes payments of bartered services to another business (except a corporation) of $600 or more in the course of the year, these payments are to be reported on Form 1099-MISC. When considering record-keeping requirements, barter and trade transactions should be treated just like any other financial transaction or exchange. Original cost of goods being bartered or traded, transaction dates, fair market value at the time of the transaction, and other pertinent details should be recorded to assist in the preparation of your income tax return and, in general, held for a period of 3 years in accordance with other documents and receipts used to substantiate income and expenses. For more details on barter and trade transactions, please visit the IRS’s Bartering Tax Center or view the Do You Barter? video. http://www.irs.gov/pub/irs-utl/OC-Barteringandtrading-eachtransactionistaxabletobothpartiesFINAL.pdf
Posted by Unknown at 6:28 AM No comments:

Posted by Unknown at 1:39 PM No comments: